beyond
aaa in a
Home > Beyond AAA in A > Ahmed Mater: Mecca Journeys

Saudi Arabia is the symbolic and geographical epicenter of the Arab and Islamic Worlds.

The Brooklyn Museum presents Ahmed Mater: Mecca Journeys, an unprecedented look into the changes unfolding in Mecca, Islam’s holiest city, by one of the Arab world’s most significant cultural voices. This monumental documentary project bears witness to the extraordinary expansion, demolition, and construction transforming the city, finding it a site of fascinating socio-political change with significant global resonances.

“Now is a crucial time for my project Desert of Pharan: Unofficial Histories Behind the Mass Expansion of Mecca to be shown on an international platform, in New York. The aims of the project, when it began almost a decade ago, were to recognise and record a multitude of histories that coalesce in the city. Within my own culture, in a Muslim forum, this project acts as a celebration but also as a eulogy—for a place, a time, a way of living—a plurality of stories, and histories that are rapidly being lost. But it is also a record of a culture in transition. These aims make this an essential moment to invite more engagement and more exchange.” Ahmed Mater 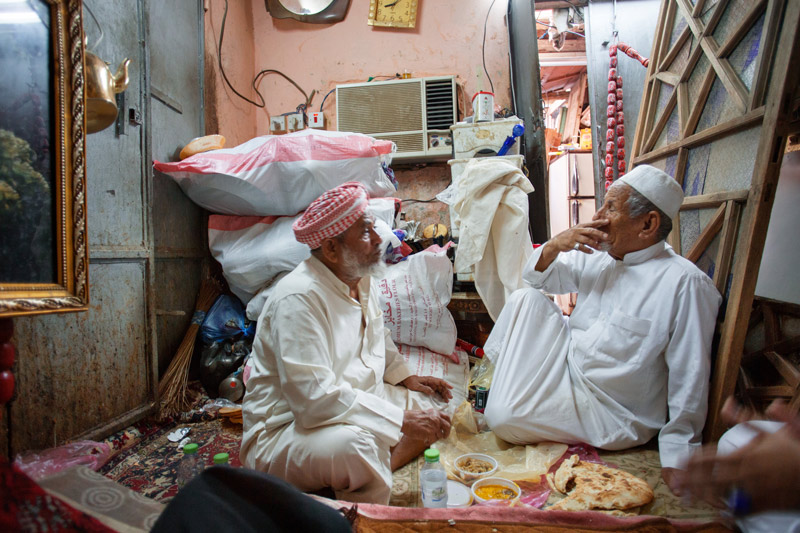 Rarely seen as a living city with urban concerns and its own inhabitants, Mecca is almost exclusively seen as a site of pilgrimage, as a timeless, emblematic city. In this exhibition, the dimensions of this vivid, living place are exposed through monumental and more traditionally scaled photographs, videos that sound the timbre of rapid change and installations that present compelling portraits of the key concerns shaping its past and future. Ahmed Mater: Mecca Journeys is a complex portrait of extreme urban redevelopment – a portrait specific to that place but with global resonances, posing questions about what the forces of faith economies, migration and urban change highlight about humanity today.

“Focusing on Mecca as both a symbolic site of worship and a contemporary urban center grappling with the social complexities that come with rapid, unremitting growth, Mater reveals the cultural dynamics at work in the city today.” Catherine J. Morris

Ahmed Mater: Mecca Journeys is curated by Catherine J. Morris, Sackler Senior Curator for the Elizabeth A. Sackler Center for Feminist Art. The exhibition, on view from December 1, 2017, through April 8, 2018, is organized by the Brooklyn Museum in partnership with the King Abdulaziz Center for World Culture (Ithra) and is produced in collaboration with CULTURUNNERS. 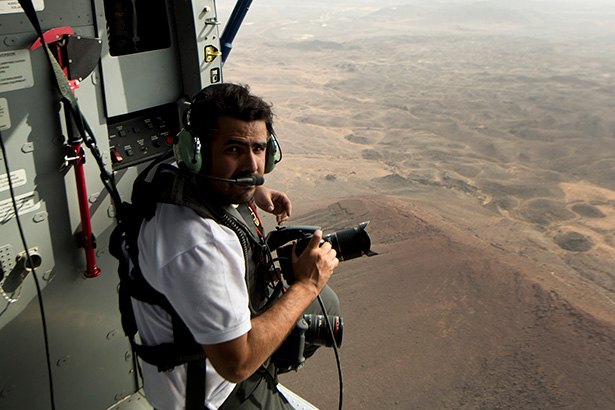 Ahmed Mater (born 1979, Tabuk, Saudi Arabia) is a multidisciplinary artist who creates work that investigates Islamic culture at the intersection of consumerism and religion. Mater grew up in Abha in the capital of Aseer, a region in southwest Saudi Arabia, near the Yemeni border. Trained as a physician, Mater studied at King Khalid University in Abha. In an artistic practice that combines interests in photography, film, performance, and sculpture, Mater creates work at once aesthetically masterly and politically engaged, utilizing scientific methodologies learned in his medical training to blend conceptual practices with Islamic subjects, themes, and aesthetics. He is also a manager and director of projects on international and regional platforms and, in 2017, was appointed Executive Manager, MiSK Art Institute—part of the Prince Mohammed bin Salman bin Abdulaziz Foundation. Mater lives and works between Riyadh, Jeddah, and Abha, Saudi Arabia.

Photo courtesy of the organizer/s.